This week in my game development class, we went a bit more in depth with C# scripting. I learned about writing and using setters and getters to access private variables. I also used loops to make a staircase and an army of robots. I didn’t quite get the army of robots to produce and array of robots as intended, but I did get multiple robots to be generated in a straight line.

This week, I continued working on my 3d breakout game. I did make some progress, but all of my text disappeared and I couldn’t figure out why my bricks won’t break. I tried rebuilding all of my scripts from scratch, but it still didn’t work. I did manage to get the dead zone working, so the paddle destroys itself and the player loses a life when the ball goes out of bounds. The game doesn’t quite act right if the player loses all 3 lives. Instead of ending with a game over screen like it is supposed to, it goes slow motion for a few seconds, then everything turns darker in color and the player resets with 3 lives. After this, the screen will go slow motion and then reset every time the player loses 3 lives.

This was my first week in my video game programming course at college. We mainly learned to navigate around Unity and access all of its features and we also learned some basic scripting. We are making a 3d breakout game as a practice exercise using cubes and a sphere.

The title of this post is misleading. I don’t like scripts, I always sound unnatural and mechanical when I use them, so instead, I will be following more of a loose outline.

A bit of honesty about how harsh I’m being will segue me to my thesis questions: Does Online Dating Work? How does it compare to dating in real life?

I will cite a few statistics and then tell more stories, including one about a couple who met in 1965 using an early matchmaking computer. This will demonstrate that computer algorithm based matchmaking is an old concept that has always been successful at least part of the time.

It would be a shame not to include some of my own personal stories. I will talk about the one major creep I’ve talked to and how he was the exception and most of the guys I’ve talked to have actually been super nice to me. I will then talk about how the experience helped me to realize I am, in fact, gay.

Finally, I will hit listeners with my true thesis: that the end goal of being in a relationship should not overshadow all of the quirky experiences and stories that can be gained from online dating.

Wow, it has been quite a while since I last updated this blog. Did anyone miss me? Anyway, the purpose of this blog post is to introduce the topic I will be researching for my semester project in my social media technology class: online dating. I find online dating to be absolutely fascinating in the way that it can allow love to transcend distance and how it can open a literal whole new world of possible partners to an individual. There is also no shortage whatsoever of interesting and amusing stories related to online dating. I will likely be looking at the pros and cons and how online dating has changed dating and relationships as a whole. There is a possibility I may share one or two of my own stories regarding the subject if I decide I’m comfortable with that (man, I’ve got a couple of pretty good ones too). As of now, I do not know what form the final presentation will take. It could be a video, a podcast, an article, or something completely different.

My objective in completing this lab was to create a working server that could be accessed by other machines.

A computer with WAMP and Filezilla

First, I installed WAMP on the computer.  I created an index webpage in the wamp64 folder shown bellow and then I went to that page by typing localhost into the address bar of my browser.

Next, I had to install Filezilla on the computer. I opened Filezilla and created a user account. This allowed me to share files in the documentroot folder used by my WAMP website.

The instruction manual for this lab contains several questions. They will be answered here.

According to Netcraft, what is the most popular type of web server in operation? Has this always been the case?

Apache is the most poplar type of web server. Apache has gradually dropped in popularity, but it has been the most popular since at least 2000.

What does WAMP stand for?

What is the main configuration file for the Apache server?

What is FTP used for? When was it first introduced or developed?

FTP is used for transferring files across a network. It was first developed in June of 1980.

My homepage was accessible and editable from other machines in the lab, so I would call this lab a success. I am still confused by all the terminology, but I feel like I have a very basic understanding of how FTP servers function.

This is my final project for Digital Media 2. The only requirement for the assignment is that the final product impresses my professor. I think this will do the job quite nicely. I took a concept we studied in class, remixes, and stretched it to extremes. This is essentially 3 remixes of the boss theme from Sonic the Hedgehog 2. The first is a faithful re-instrumentation of the original song. The second is a sort of funk/reggae/blues fusion. I really don’t know what genre it falls into. The third is detuned, high-gain metal with lots of palm muting.

This song worked really well for this because of how simplistic it is. It is just a brief intro and then a riff that repeats four times, building in intensity each time. It was very easy to adapt the riff to different styles. The second section took the lead riff, changed it to a different scale, and then played it over different chords and a super groovy bass line. I put some fairly intense musical theory into deciding exactly what scale to use and what the bass should play, but I won’t go into grueling detail here, unless someone really wants me to.

The third section is actually pretty straight forward. I started with the chord progression of the original song: A G A G E. I played harsh and dissonant versions of these chords with palm muted notes and additional dissonant chords between them. I then took the counter lead riff from the original song and played a dissonant sounding version of it on a clean guitar. The bass is actually synthesized here. The guitar is playing in drop A, and when it gets that low, I just think synthesized bass adds higher quality low end that detuning a bass guitar to drop A as well. There isn’t too much to say about the lead synth here,;it is just playing rapid notes from a diminished scale.

The visuals really aren’t the main point of this project, but I still wanted to put together something that looks nice. I wore red and black, the same colors as Dr. Eggman, the guy you fight when this song plays. The synth solo in the second part of the cover is the only video that was recorded live as I was recording the audio. The reason for this is that I was improvising and there would have been no other way to get it to look right as I would be playing something completely different from what is shown in the video. If you look closely, the guitar isn’t even plugged in in the video. I also threw in some footage of the boss fights that this theme accompanies. The trial version watermark of shame is clearly visible, but at least I’m being honest about being cheap instead of pirating the full version.

All audio recording was done in REAPER

The drums were made with MT Power drumkit

The video editing was done in Sony Movie Studio Platinum

The video was recorded with Logitech Webcam Software

The gameplay was recorded using Bandicam.

My objective in completing this lab was to observe how clips from different sources can be eddied together to tell a new story.

First, I had to rip an MP4 of this video.

I used an online service called pwnyoutube. I used Sony Movie Studio Platinum to isolate a clip of Hitchcock staring and a clip of him smiling. I then edited in my own clip to change the meaning of the video. I edited in this video I made earlier on in the semester of myself dancing and juggling with clubs.


Here is the finished video.

I then looked at creative commons media  I could use for my networking midterm video about fiber optic cabling. I was actually supposed to use a creative commons song in the above video, but I thought my circus metal track fit the video really well, so I used it instead.

The instructiosn for this lab contained several questions that will be answered in this section.

Which creative commons licenses could you use in your class video project? Why?

Which liscenses allow you to use the work as long as you share your work with others through Creative Commons as well?

All of the sharealike licenses.

This was a very simple and straightforward lab, but it served as a good look at how context and music can completely change the meaning of a clip.

This weeks was dedicated to remixes and mashups.

I also had to do 12 stars worth of mashup assignments.

First, I did the consumer mashup assignment.

Next, I did the Mashing Friends and Emojis assignment. 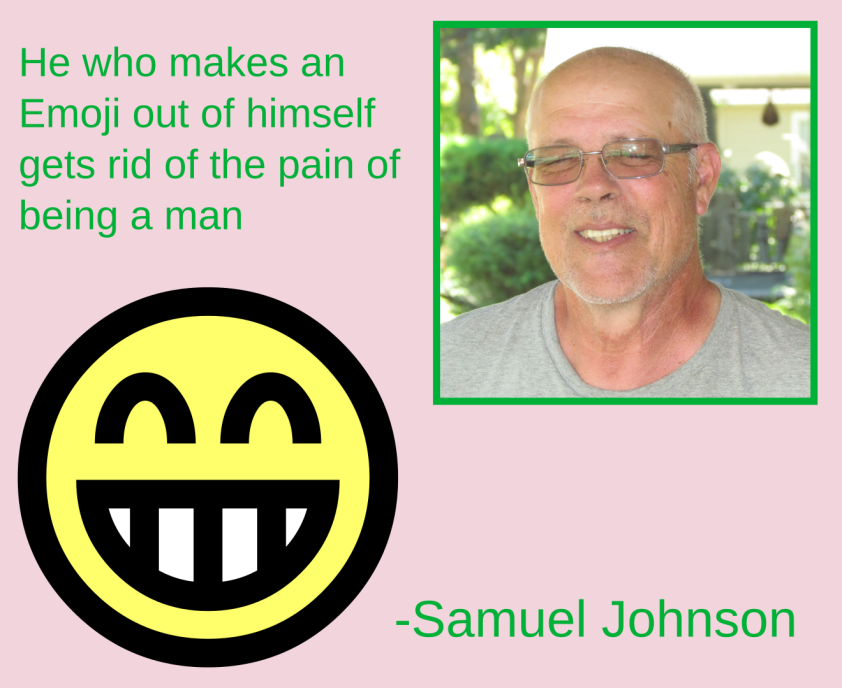 He Who Makes an Emoji out of Himself

Fianlly, I did the Ready For My Closeup assignment. 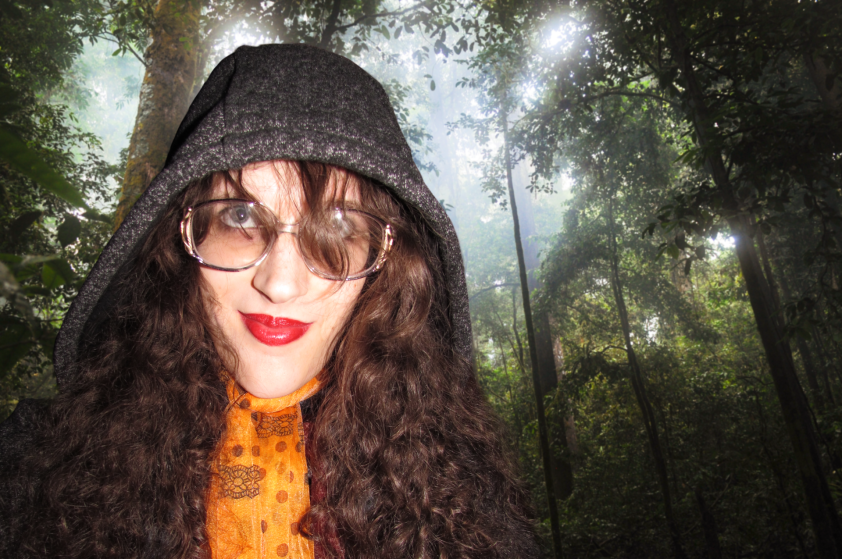 Selfies in the Jungle

I also had to do 2 daily creates.

First, I expressed what my idea of beauty is. I consider beauty to be something that generally requires a great deal of work and effort, so I expressed that in my short message.

@ds106dc Beauty is continuing to fight with my eyeliner and lipstick long after it has ceased to be fun. #tdc1769 #ds106

Next, I had to make a poem beginning with a line I overhead in someone else’s conversation. I picked this line because it makes absolutely no sense outside of its original context.

Here is a list of the comments I left this week.

This is a list of the comments I left during week 12.